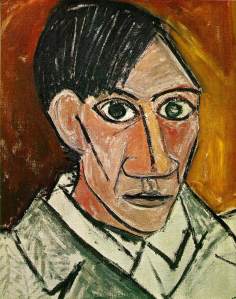 I watched a movie yesterday which actually was not very good, but it made me contemplate on an important archetypal pair: the destroyer / creator

I love archetypes. They help us to communicate beyond the conditioned or individual meaning of the word. They summarise a bigger truth and are significant pointers in their totality. They help us understand what is in us and who everything is connected.  I do not really know a whole lot about archetypes myself and there is a whole body of work to discover, which admittedly I skipped. CG Jung, Joseph Campbell, Carolyn Myss – just to name a few. But what I discovered is an intuitive access the the world of archetypes, and the ability to depict a greater truth in the dynamic symbolism of a specific personality patter.

The movie I saw is ” Surviving Picasso”, by James Ivory. It is the story of Picasso’s relationship to women, in particular the young painter Françoise Gilot, who lived with him for ten years (and wrote a book about this time: Life with Picasso). 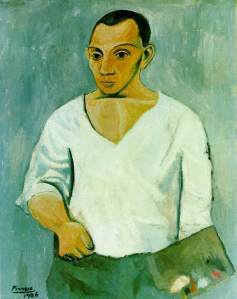 Self Portrait with a palette

What I found fascinating was the portrayal of a Destroyer – Creator relationship. Picasso’s genius was clearly fueled by a very immediate access to the life force, but at the same time he was stuck in the illusion and driven by the fear to be consumed by that energy. It made me understand Cubism as an attempt to mask, to hide, to obfuscate – but at the same time to reveal. He must have felt life rushing through him when he worked, but he stubbornly refused to surrender. His journey was an armageddon, a decent into hell, deeper and deeper into the abyss of disillusion, carried by the energy of Truth itself.

This is why he became such a tyrant. A slave master, a vampire and a destroyer of the individual will of anyone close to him. This is why so many women were drawn to him – they knew he would break them, destroy their personality and force them into surrender. Unfortunately most of them finished their life broken and in despair. However,  Françoise Gilot seemed to have broken this spell as for her there was a new life after Picasso had destroyed her individuality and own will. 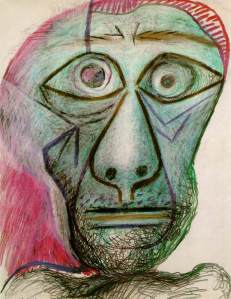 Picasso tried to triumph over god and his massive body of work bears witness of his failure. The duality of creation and destruction never found unification. He was tormented by fear, addiction, disillusion and superstition for he wanted to be the creator, without being destroyed.

You just have to look into his eyes to see it. With his eyes the darkest, most defined, and largest they had ever been, he was blind about how to go about finding himself, and exactly what components made up his personality.

Split, distorted, tormented. A destroyer, who would refuse to be destroyed himself.

I am a wanderer and a wonderer, like you are. I love our journey and to walk in the company of friends – to learn, experience, share, laugh, cry and above all I simply love this marvelous, magical, mysterious life. I have no plan (cannot believe I am saying this) and my only intention is to be truthful to myself and others.
View all posts by Michaela →
This entry was posted in Music & Movies and tagged Archetype, Françoise Gilot, Picasso. Bookmark the permalink.

6 Responses to The Destroyer