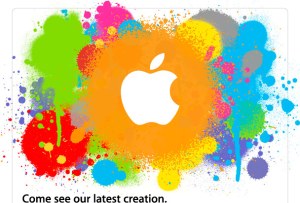 Steve Jobs retires as the CEO of Apple with a reputation that will place him amongst the pantheon of history’s great global business leaders. Many people have written about what makes Jobs and Apple special, but I think they’re missing what truly set him apart. Jobs has succeeded by eschewing the one thing that most people view as the raison d’être for companies — profit.

When I left the industry to come to academia 22 years ago, it was driven by a set of questions that had troubled me for some time. Why was it that the best run companies in the world — companies that have had incredibly smart leaders, following carefully detailed plans and with tremendous execution ability — reliably seem to come unstuck? The answer to this question is what has become known as the theory of disruption.

In a cruel twist of irony, the pursuit of profit — something that Wall Street pushes so hard — is what leaves companies open to being displaced. As they grow, their ability to find opportunities that are big enough to sustain their growth is reduced. They become myopic; they listen only to their best customers. They focus disproportionately on their most profitable products, and strive to improve these the fastest.

The American auto manufacturers have suffered at the hand of disruption in the past few decades; they focused on their most profitable vehicles, and abandoned less profitable markets when low-cost entrants emerged. The Japanese came along with their smaller, cheaper vehicles; the Big 3 retreated upmarket all the way to SUVs and trucks. It was not long before Toyota was winning the sales race. Now, the Japanese are going through the same process, fending off the Koreans.

In short, disruption describes how the incumbents move upmarket, and leave the bottom of the market completely open for scrappy upstarts to enter. It explains the rise and fall of many great companies.

But there has always been one company that doesn’t follow that pattern. At some point in my class every year, a student raises his or her hand and asks: “What about Apple? Aren’t they a high-end, upmarket player? Why haven’t they been disrupted?”

It’s a great question. Despite being perceived as a premium, high-end player, Apple under Job’s leadership has not simply managed to avoid being disrupted by others, it has disrupted entire industries — many of them. Even more impressive, it’s disrupting itself.

I have come to the conclusion that what has made Apple so different is that instead of having a profit motive at its core, it has something else entirely. Many big companies like to pretend this is the case — “we put our customers first” — but very few truly live by that mantra. When the pressure is on and the CEO of a big public company has to choose between doing what’s best for the customer or making the quarter’s numbers… most CEOs will choose the numbers.

As paradoxical as it is that the pursuit of profit is what causes the long-term failure of companies, I believe that Apple’s lack of focus on profitability has actually made it one of the most successful companies in the history of capitalism.

The iPod was the first indication that they were, in fact, thinking different. Here was a personal computer company, used to selling $2,000 computers, willing to take a risk on a gadget that would sell for a fraction of that price. Most big companies would not invest the time and energy to develop a device that was not nearly as profitable as their existing products, in a market that did not even exist yet. This sort of endeavor is typically the domain of start-ups. If Apple had done what most big companies do: sit down, hire some consultants to do a profitability analysis, and relied on that to make the decision, I seriously doubt that the iPod would ever have been built.

Yet build it they did, and it was the first in a string of successes where Jobs tore up the usual management playbook that leads to companies losing to disruptive competitors.

But what may be most notable is how Apple is in the process of disrupting itself right now. You almost never see this happen. The iPad — Apple’s most recent success — is disrupting the PC industry, and by extension, its Mac business. The tablet computer is going to do to the PC what the PC did to the minicomputer. Most companies cannot bring themselves to make decisions that result in the market for their existing core products being completely destroyed. When they consider it from a financial perspective, it just doesn’t make sense to create new products at the risk of jeopardizing your profitable, existing products. Don’t do it. It’s exactly that fear that has led many great companies to leave themselves vulnerable to disruption from others.

But it hasn’t affected Apple because that’s not how the company sees the world. Profitability isn’t at the center of every decision. Apple’s focus is on making truly great products — products so great that its own employees want to use them. That philosophy has made Apple one of the most innovative companies in the world.

Steve Jobs’ legacy isn’t the Mac. It’s not the iPhone. Or the iPad. His legacy is in the creation of Apple itself, reminding us that profit is not the ultimate goal, but rather a consequence of something greater.

I am a wanderer and a wonderer, like you are. I love our journey and to walk in the company of friends – to learn, experience, share, laugh, cry and above all I simply love this marvelous, magical, mysterious life. I have no plan (cannot believe I am saying this) and my only intention is to be truthful to myself and others.
View all posts by Michaela →
This entry was posted in Breaking the mould and tagged Apple, ceo, company, creativity, innovation, Steve Jobs. Bookmark the permalink.