Freedom and the Internet 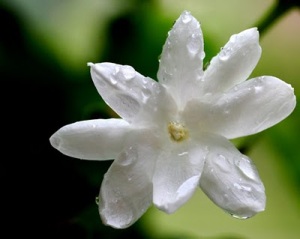 In early 2010, Hillary Clinton, the US Secretary of State, gave a much-lauded speech on Internet freedom, promising to make online freedoms part of the “American brand”.

At the time, most discussion surrounding the topic in mainstream media was focused almost entirely on Iran and China, two countries well known for their restrictive practices toward the Internet. Clinton focused largely on the two countries, but also noted restrictions on online speech in Tunisia, Uzbekistan, Egypt, and Vietnam, arguing for the development of tools to circumvent Internet filtering and pushing for information freedom.

The Department of State’s Internet freedom agenda, dubbed “21st Century Statecraft”, was well received but managed to raise the ire of various pundits over the course of the past year as they noticed a disconnect between Clinton’s words and the government’s actions.

Much of that ire stemmed from the Department of State’s treatment of WikiLeaks in late 2010, with particular focus on what was effectively censorship by intermediaries Amazon and PayPal, both of which cut off Wikileaks from their services.

Cut to one year later and the world’s Internet has been turned on its head: Google has stopped censoring in China, effectively ending its operations there; Egypt has become the second nation to ever shut down the Internet; and Syria–one of the most restrictive countries in the world when it comes to the Internet–has made baby steps toward increased freedom, unblocking Facebook, Blogspot, and YouTube for the first time since 2007.

The Department of State’s agenda seems to have changed as well. On February 15, Secretary Clinton gave a second “Internet freedom” speech at George Washington University. As others, like Evgeny Morozov have noted, this speech demonstrated a marked improvement in understanding the various controls effected toward the Internet.

Rather than focusing on circumvention technology as a silver bullet, Clinton, referring to Internet controls, quipped that there is “no app for that”. She tackled the subject of WikiLeaks head on, not relenting on the legality of the stolen documents, but noting that it was not, in fact, the Department of State that had ordered Amazon’s deactivation of WikiLeaks’ hosting.

But, as Morozov put it, “the bad news is that Clinton’s speech is as important for the subjects that it has avoided”. Indeed, what was sorely lacking from Clinton’s speech was recognition of the ways in which the United States itself impedes Internet freedom.

Though the Department of State has put ample funding–over $30 million–into circumvention technology, this strategy fails to recognise that the majority of the tools used to filter the Internet are American-made. Companies like Intel, Websense, and Cisco–which was given an innovation award by the State Department for unrelated work–make the filtering products used in China, Vietnam, Tunisia, Saudi Arabia, the UAE, Bahrain, Kuwait, and beyond.

The export controls enacted by the Departments of Commerce and Treasury toward Syria, Iran, Sudan, North Korea, and China affect online freedom as well. Though intended to harm the regimes and not the people, these sanctions effectively restrict the free flow of information online.

For example, Syrian nationals cannot download Google Earth or Chrome. They cannot participate in Google’s Summer of Code, nor can they purchase official copies of Microsoft products.  Even exports of circumvention technology to nationals of Syria is impermissible without a license.

Though some strides have been made in easing these controls–notably toward Iran and Sudan, but not Syria or the others– their stringency harms the livelihoods of the very people they’re meant to help.

Rami Khouri, in a July 2010 New York Times op-ed, remarked: “Feeding both the jailer and the prisoner is not a sustainable or sensible policy. I would not be surprised if some wise-guy young Arab soon sends a tweet to Hilary Clinton saying, ‘you’re either with us, or you’re with the security state.”

As Rebecca MacKinnon remarks, there is disconnect between Secretary Clinton’s rhetoric and the treatment of the Internet in the United States as well. A recent attempt to shut down 10 sites containing child pornography lead to the Department of Homeland Security mistakenly shutting down 84,000 sites, leading many to question the lack of due process, as well as–no doubt–the department’s technical savvy.

These issues have lead some to question whether the US government has any business at all interfering with–and often, funding–initiatives for greater online freedom.  And indeed, many young Arab activists have expressed not only a lack of desire, but a lack of need for US funding.

In a July 2010 blog post, Mauritanian activist Nasser Weddady stated that: “As of now, it looks to me like Washington DC politicians need Middle East activists a heck lot more than Middle Eastern activists need them.”

Following the events in Tunisia and Egypt–largely unaided by foreign help–this seems truer than ever.

With that in mind, the US is nevertheless uniquely positioned to push for greater freedoms. In addition to its stated values, many of the Internet’s great platforms, not to mention the Internet itself, came from American innovation.

But with great freedom comes great responsibility, and as the Department of State reflects upon its initiative, it should ensure that any move toward greater Internet freedom begins at home.

Jillian York is a writer, blogger, and activist based in Boston. She works at Harvard Law School’s Berkman Centre for Internet & Society and is involved with Global Voices Online.

I am a wanderer and a wonderer, like you are. I love our journey and to walk in the company of friends – to learn, experience, share, laugh, cry and above all I simply love this marvelous, magical, mysterious life. I have no plan (cannot believe I am saying this) and my only intention is to be truthful to myself and others.
View all posts by Michaela →
This entry was posted in The world we live in Now. Bookmark the permalink.

1 Response to Freedom and the Internet