A code of secrecy 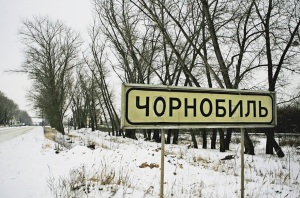 It began as a grey and muddy spring day, like so many others in my homeland. It ended in dread and mourning.

Of course, none of us knew the precise moment when catastrophe struck at Chernobyl 25 years ago. Back then, we lived under a system that denied ordinary people any right whatsoever to know about even essential facts and events.

So we were kept in the dark about the radiation leaking from the shattered reactor at Chernobyl – and blowing in the winds over northern Europe.

But the more bizarre fact about the Chernobyl disaster, we now know, is that Mikhail Gorbachev, general secretary of the Communist party of the Soviet Union, was also kept in the dark about the magnitude of the disaster.

Indeed, it may be this very fact that finally condemned the old system to the dustbin of history a mere five years later. No regime built on limitless self-delusion is capable of retaining a shred of legitimacy once the scale of its self-deception is exposed.

Because only fragments of reliable information reached ordinary Ukrainians at the time, my memories of Chernobyl are necessarily sketchy.

I recall now only the first hushed, frightened whispers of disaster from a family friend. I remember the abject fear I felt for my young daughter. A virtual torrent of near hysterical hearsay and trickle-down stories about the disaster soon followed.

All of these memories, of course, remain indelible. But even 25 years later I find it difficult to connect what I really know of the disaster with when I came to know it.

Today, the Chernobyl meltdown is judged severely in both moral and metaphysical terms. It cast a dark shadow over humanity, one unseen since the atomic bombings of Hiroshima and Nagasaki in 1945.

But, unlike Japan’s Fukushima nuclear crisis, Chernobyl’s real lesson is not about nuclear-plant safety. It is about official arrogance and indifference to suffering, and a cult of secrecy that allows information to be shared only among a narrow elite obsessed with stability.

Ukrainians are being reminded of the consequences of this mindset right now – by a government that has slashed health benefits for the men who heroically fought to contain the Chernobyl disaster.

So, what was the source of the carelessness with which the Chernobyl crisis was handled? What caused such arrogant unconcern for the health of those who lived near the plant, for those heroic men and women who tried to limit the damage (whom officials still treat as pawns), and for the millions who lived beneath the radioactive cloud as it spread?

Government indifference is a strange and unnatural state of mind, in which the lines between crime and punishment, cruelty and compassion, and good and evil blur.

Having grown up in the USSR, I know that Soviet leaders practically made contempt for suffering and moral concerns a foundation of their philosophy of rule. Unaccountable governments are almost inevitably unconcerned about their citizens’ fate.

Can indifference ever be a virtue? Of course, in times of horror such as the Holocaust and Ukraine’s Holodomyr, isolated and powerless individuals may swaddle themselves in indifference simply to retain some shred of sanity.

But, even then, it can never be justified fully, and the nameless, nagging guilt of which Primo Levi wrote so movingly invariably follows.

It is official indifference, however, that is truly unpardonable, perhaps because indifferent officials never feel the guilt of which Levi wrote. Indeed, for some political leaders, indifference is seductive.

For the state official who turns his back on suffering, his country’s citizens lack consequence. Their lives are meaningless. Their hidden or even visible anguish is worthless, a cipher’s despair.

Such indifference is more dangerous than anger and hatred. Anger can actually be artistically and politically creative. Pushkin wrote some of his greatest poems as a result of anger; Beethoven’s great symphonies were written in the grip of overpowering emotions; and Nelson Mandela, Václav Havel, and Aung San Suu Kyi all endured imprisonment because they were angry at the injustice they had witnessed.

Indifference, by contrast, is never creative, for it means that no response to injustice, and no help for the suffering, will ever come.

It is the tool of governments that are, in fact, the enemy of their people, for it benefits only the ruler – never the victim, whose pain is magnified by neglect.

Political prisoners, hungry children, the homeless Chernobyl refugees, or the irradiated workers in need of a lifetime of medical help – to dismiss their plight, to refuse to offer some spark of hope, is to exile them to a netherworld of helplessness. Government officials who deny human solidarity in this way deny their own humanity.

From his prison cell awaiting his execution by Hitler’s Gestapo, Dietrich Bonhoeffer declared that we must all “share in God’s suffering”.

Indifference for Bonhoeffer was not only a sin, but also a type of punishment.

This is perhaps the central lesson of Chernobyl: governments that systematically turn a blind eye to their citizens’ fate ultimately condemn themselves.

I am a wanderer and a wonderer, like you are. I love our journey and to walk in the company of friends – to learn, experience, share, laugh, cry and above all I simply love this marvelous, magical, mysterious life. I have no plan (cannot believe I am saying this) and my only intention is to be truthful to myself and others.
View all posts by Michaela →
This entry was posted in The world we live in Now and tagged Chernobyl disaster, Living Truth, Mikhail Gorbachev, Nuclear Diseaster, Soviet Union, Ukraine. Bookmark the permalink.

3 Responses to A code of secrecy