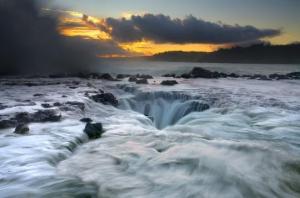 It’s been dizzying. The markets have been swinging madly up and down — mainly down for equities, as anyone in the stock market knows too well.

How bad has it been? Despite brief rallies, the Standard & Poor’s 500-stock index has fallen more than 13 percent from its May peak. For four consecutive days, the index moved up or down by at least 4 percent, the first time that’s happened.

In a steadily rising market, investing may be a pleasant pastime, like knitting or chess or antique-collecting. Lately, it’s been a blood sport. William Butler Yeats captured the feeling nicely:

There are prosaic explanations for the gyrations that have been unmooring the financial markets. Start with the unseemly squabbling over the debt ceiling in the United States, and the inability of politicians in Washington to come to grips with the nation’s growing debt load.

Then there’s the parallel debt crisis in Europe, which has exposed fissures in the European Union and vulnerability among its major banks. Behind all of that is a sagging global economy — highlighted, in the United States, by a moribund housing market and painfully high unemployment.

While these issues aren’t new, the accretion of them all is like “adding grains of sand to a mound on the beach,” said Mohamed El-Erian, the chief executive of Pimco, the world’s biggest bond manager. “For a while, you add sand and nothing much happens,” he said. “Then with just a few extra grains, the structure starts to shift.”

There has been one significant change in the structure of markets recently, he said. It was partly symbolic, but still disturbing: the Standard & Poor’s downgrading of the sovereign debt of the United States. Why is this so important?

It’s because AAA United States Treasury bonds have been the linchpin of the global financial system, and the center of myriad calculations in business, portfolio construction and capital markets.

In this context, Mr. El-Erian said, the downgrade represents a wide perception of instability in the world’s financial structure. “We lived in a world in which ‘risk free’ and United States Treasuries were interchangeable terms,” he said, “a world in which it was assumed that the United States would safeguard its pristine AAA rating, and protect the dollar, the world’s reserve currency.” Now, for many around the planet, the world’s core seems much less solid.

Aswath Damodaran, a finance professor at New York University, says the true rate for a “risk-free investment,” which had been assumed to be the 10-year Treasury yield, now needs to be “approximated,” a procedure heretofore required for emerging markets. “The distinction between developed and emerging markets has blurred,” he said, “and will require a fundamental rethinking.”

Eugene F. Fama, a finance professor at the University of Chicago, said S.& P.’s move was “a nonevent in itself, because it merely reflected a view that was already well understood by the markets.” But, he added, it reflected “a great deal of pessimism out there, a great deal of uncertainty” over whether Western governments would resolve their fiscal dilemmas. “Capitalism itself is under duress,” he said.

Not that the Treasuries have been supplanted by another putative risk-free security. In the current crisis, Treasuries have been very much in demand. Their prices have soared, and yields, which move in the opposite direction, have plummeted. Thanks in part to a Federal Reserve pledge last week to keep rates low until at least 2013, the 10-year note fell on Friday to 2.25 percent.

Scott Minerd, the chief investment officer at Guggenheim Partners, predicted correctly in May that the 10-year Treasury yield would dip below 2.5 percent over the summer as the economy weakened and investors sought a haven from greater distress in Europe. Now, he says, long-term government bond yields are likely to remain very low for several years, and the Fed is likely to ease monetary conditions further.

There is more risk in the global financial system, he says, but for canny investors, it has created a “phenomenally good time to buy.” He sees bargains in stocks as well as in municipal bonds. Over the long haul, he said, he’s also bullish on gold, but added that “its recent parabolic rise will lead to a correction, so this isn’t the time to buy it.”

If the American economy doesn’t lurch into recession, and if corporate earnings stay strong, then stocks are far better priced than government bonds, said Tad Rivelle, chief investment officer for fixed income at TCW. For a while last week, the 10-year Treasury yield dropped below the dividend yield on the S.& P. 500, a rare occurrence, according to Birinyi Associates, a research firm. It also happened in the 2008-9 financial crisis, presaging the stock market bottom of March 2009.

While there will be opportunities for astute investors, Mr. El-Erian says that in addition to a “new normal” of slow economic growth and high unemployment, we must now also grapple with a weakening of the financial system’s core. “We will be living in a more volatile world,” he said.

I am a wanderer and a wonderer, like you are. I love our journey and to walk in the company of friends – to learn, experience, share, laugh, cry and above all I simply love this marvelous, magical, mysterious life. I have no plan (cannot believe I am saying this) and my only intention is to be truthful to myself and others.
View all posts by Michaela →
This entry was posted in The world we live in Now and tagged European Union, Standard & Poor's, United States, United States Treasury security. Bookmark the permalink.