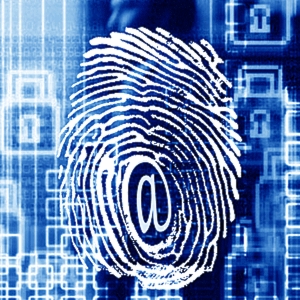 Humanity’s main concerns today are not so much concrete evils as indeterminate threats. We are not worried by visible dangers, but by vague ones that could strike when least expected – and against which we are insufficiently protected.

There are, of course, specific, identifiable dangers, but what worries us most about terrorism, for example, is its unpredictable nature. What is most disturbing about the economy these days is its volatility – in other words, the inability of our institutions to protect us from extreme financial uncertainty.

Generally, much of our uneasiness reflects our exposure to threats that we can only partly control. Our ancestors lived in a more dangerous but less risky environment. They endured a degree of poverty that would be intolerable to those in advanced countries today, while we are exposed to risks whose nature, though hard for us to understand, would be literally inconceivable to them.

Because interdependence exposes everyone around the world in an unprecedented way, governing global risks is humanity’s great challenge. Think of climate change; the risks of nuclear energy and proliferation; terrorist threats (qualitatively different from the dangers of conventional war); the collateral effects of political instability; the economic repercussions of financial crises; epidemics (whose risks increase with greater mobility and free trade); and sudden, media-fueled panics, such as Europe’s recent cucumber crisis.

All of these phenomena form a part of the dark side of the globalized world: contamination, contagion, instability, interconnection, turbulence, shared fragility, universal effects, and overexposure. In this respect, one might speak of the “epidemic character” of our contemporary world.

Interdependency is, in fact, mutual dependency – a shared exposure to hazards. Nothing is completely isolated, and “foreign affairs” no longer exists: everything has become national, even personal. Other people’s problems are now our problems, and we can no longer look on them with indifference, or hope to reap some personal gain from them.

This is the context of our current peculiar vulnerability. What used to protect us (distance, government intervention, foresight, classic defense methods) has been weakened, and now offers little or no protection.

Maybe we haven’t taken into account all of the geopolitical consequences deriving from this new logic of mutual dependence. In such a complex world, not even the strongest is sufficiently protected. Indeed, the logic of hegemony clashes with the current phenomena of fragmentation and autonomisation – think of Pakistan, for example, or Italy – which create imbalances and asymmetries that are not always favorable to the powerful.

The weak, when certain that they cannot win, can hurt the strongest – and even make them lose. In contrast to the centuries-old Westphalian order of nation-states, in which each state’s specific weight was the determining factor; in a world of interdependency, the security, economic stability, health, and environment of the strongest is continually a hostage of the weakest. All are exposed to the effects of disorder and turbulence on the periphery.

These conditions of overexposure are for the most part unprecedented, raising numerous questions for which we don’t yet have the right answers. What kind of protection would be appropriate in such a world?

Not surprisingly, a contagious globalisation that increases vulnerability inevitably triggers preventive and defensive strategies that are not always proportionate or reasonable. The xenophobia and chauvinism that some of the defensive strategies can awaken may end up doing more harm than the threats from which they were intended to protect us.

So, in this era of global warming, smart bombs, cyber warfare, and worldwide epidemics, our societies must be protected with more complex and subtle strategies. We cannot continue to pursue strategies that ignore our common exposure to global risks, and the resulting environment of mutual dependence.

We must learn a new grammar of power in a world that is made up more of the common good – or the common bad – than of self-interest or national interest. These haven’t disappeared, of course, but they are proving to be indefensible outside of a framework capable of addressing common threats and opportunities.

While the old power game sought the protection of one’s own interests with no concern for those of others, overexposure forces reciprocity of risks, the development of cooperative methods, and the sharing of information and strategies. Truly effective global governance is the strategic horizon that humanity must pursue today with all its energy.

It sounds hard, and so it will be. But it has nothing to do with pessimism. The challenge of governing global risks is nothing less than the challenge of preventing the “end of history” – not as the placid apotheosis of liberal democracy’s global victory, but as the worst collective failure we can imagine.

Javier Solana, the European Union’s former High Representative for the Common Foreign and Security Policy and a former Secretary General of NATO, is President of the Global Economic and Geopolitical Center ESADE, and Distinguished Senior Fellow in Foreign Policy  at the Brookings Institution. Daniel Innerarity is Director of the Democratic Governance Institute of the University of the Basque Country. They are the co-authors of La humanidad amenazada: el gobierno de los riesgos globales (A Threatened Humanity: The Government of Global Risks).

A version of this article first appeared on Project Syndicate.

I am a wanderer and a wonderer, like you are. I love our journey and to walk in the company of friends – to learn, experience, share, laugh, cry and above all I simply love this marvelous, magical, mysterious life. I have no plan (cannot believe I am saying this) and my only intention is to be truthful to myself and others.
View all posts by Michaela →
This entry was posted in Breaking the mould, The world we live in Now and tagged Global governance, Interdependency, Security. Bookmark the permalink.