The Old and the New Testament 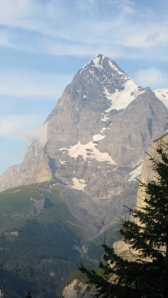 Johann Sebastian Bach’s Well-Tempered Clavier is considered the ‘Old Testament’ of the pianist as opposed to the ‘New Testament’ – the 32 piano sonatas of Ludwig van Beethoven. The Well-Tempered Clavier is characterized by a technical and compositional mastery which had never been achieved before Bach, nor again since. They are pure clarity of a mind that is perfectly still.  Beethoven’s piano sonatas however are like the journey from darkness to light. They are transformation.They are movement and dynamic, they are passion and sheer force. The sonatas were Beethoven’s laboratory and the piano was his instrument. It was in these pieces that he composed and performed his musical ideas. In the beginning still influenced by Haydn and Mozart, later came his Romantic awakening, which he poured into some of the sonatas of the early 1800s. Finally there were the works helped change the course of musical language for the next hundred years, emotionally and spiritually.” Technically too…

And the sheer force of Beethoven’s work, drove piano manufacturers to improve their product. They were forced to create instruments that could withstand his playing. By the time the last three sonatas arrived in the 1820s, the word “innovation” seems inadequate to describe what the composer had accomplished. He had transformed the sonata, the instrument and music in general … in the face of his growing deafness.

Following are two examples of the “Old Testament” and the New Testament” :

For anyone interested how a pianist can possibly master the technicality and the force of the Hammerklavier Sonata No 29, watch Barenboim giving a Masterclass on the Fugue.

I am a wanderer and a wonderer, like you are. I love our journey and to walk in the company of friends – to learn, experience, share, laugh, cry and above all I simply love this marvelous, magical, mysterious life. I have no plan (cannot believe I am saying this) and my only intention is to be truthful to myself and others.
View all posts by Michaela →
This entry was posted in Classical Music, Music & Movies and tagged Bach, Beethoven, Spirituality, Transformation. Bookmark the permalink.