A grotesque abdication of responsibility 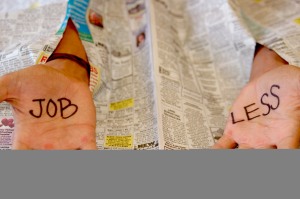 Unemployment is a terrible scourge across much of the Western world. Almost 14 million Americans are jobless, and millions more are stuck with part-time work or jobs that fail to use their skills. Some European countries have it even worse: 21 percent of Spanish workers are unemployed.

Nor is the situation showing rapid improvement. This is a continuing tragedy, and in a rational world bringing an end to this tragedy would be our top economic priority.

Yet a strange thing has happened to policy discussion: on both sides of the Atlantic, a consensus has emerged among movers and shakers that nothing can or should be done about jobs. Instead of a determination to do something about the ongoing suffering and economic waste, one sees a proliferation of excuses for inaction, garbed in the language of wisdom and responsibility.

So someone needs to say the obvious: inventing reasons not to put the unemployed back to work is neither wise nor responsible. It is, instead, a grotesque abdication of responsibility.

What kinds of excuses am I talking about? Well, consider last week’s release of the latest report on the economic outlook by the Organization for Economic Cooperation and Development, or O.E.C.D. The O.E.C.D. is basically an intergovernmental think tank; while it has no direct ability to set policy, what it says reflects the conventional wisdom of Europe’s policy elite.

So what did the O.E.C.D. have to say about high unemployment in its member countries? “The room for macroeconomic policies to address these complex challenges is largely exhausted,” declared the organization’s secretary general, who called on countries instead to “go structural” — that is, to focus on long-run reforms that would have little impact on the current employment situation.

And how do we know that there’s no room for policies to put the unemployed back to work? The secretary general didn’t say — and the report itself never even suggests possible solutions to the employment crisis. All it does is highlight the risks, as it sees them, of any departure from orthodox policy.

But then, who is talking seriously about job creation these days? Not the Republican Party, unless you count its ritual calls for tax cuts and deregulation. Not the Obama administration, which more or less dropped the subject a year and a half ago.

The fact that nobody in power is talking about jobs does not mean, however, that nothing could be done.

Bear in mind that the unemployed aren’t jobless because they don’t want to work, or because they lack the necessary skills. There’s nothing wrong with our workers — remember, just four years ago the unemployment rate was below 5 percent.

The core of our economic problem is, instead, the debt — mainly mortgage debt — that households ran up during the bubble years of the last decade. Now that the bubble has burst, that debt is acting as a persistent drag on the economy, preventing any real recovery in employment. And once you realize that the overhang of private debt is the problem, you realize that there are a number of things that could be done about it.

For example, we could have W.P.A.-type programs putting the unemployed to work doing useful things like repairing roads — which would also, by raising incomes, make it easier for households to pay down debt. We could have a serious program of mortgage modification, reducing the debts of troubled homeowners. We could try to get inflation back up to the 4 percent rate that prevailed during Ronald Reagan’s second term, which would help to reduce the real burden of debt.

So there are policies we could be pursuing to bring unemployment down. These policies would be unorthodox — but so are the economic problems we face. And those who warn about the risks of action must explain why these risks should worry us more than the certainty of continued mass suffering if we do nothing.

In pointing out that we could be doing much more about unemployment, I recognize, of course, the political obstacles to actually pursuing any of the policies that might work. In the United States, in particular, any effort to tackle unemployment will run into a stone wall of Republican opposition. Yet that’s not a reason to stop talking about the issue. In fact, looking back at my own writings over the past year or so, it’s clear that I too have sinned: political realism is all very well, but I have said far too little about what we really should be doing to deal with our most important problem.

As I see it, policy makers are sinking into a condition of learned helplessness on the jobs issue: the more they fail to do anything about the problem, the more they convince themselves that there’s nothing they could do. And those of us who know better should be doing all we can to break that vicious circle.

A version of this op-ed appeared in print on May 30, 2011, on page A19 of the New York edition with the headline: Against Learned Helplessness.

3 Responses to A grotesque abdication of responsibility