The news of public discontent 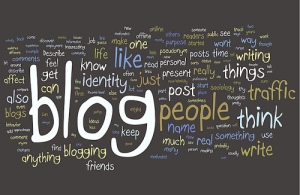 BEIJING — “After all the wind and storm, what’s going on with the high-speed train?” read the prophetic message posted last Saturday evening on the Chinese microblog Sina Weibo. “It’s crawling slower than a snail. I hope nothing happens to it.”

They were a few short sentences, typed by a young girl with the online handle Smm Miao. But five days later, the torrent that followed them was still flooding this nation’s Internet, and lapping at the feet of government bureaucrats, censors and the state-controlled press.

The train the girl saw, on a track outside Wenzhou in coastal Zhejiang Province, was rammed from behind minutes later, killing 39 people and injuring 192. Since then, China’s two major Twitter-like microblogs — called weibos here — have posted an astounding 26 million messages on the tragedy, including some that have forced embarrassed officials to reverse themselves. The messages are a potent amalgam of contempt for railway authorities, suspicion of government explanations and shoe-leather journalism by citizens and professionals alike.

The swift and comprehensive blogs on the train accident stood this week in stark contrast to the stonewalling of the Railways Ministry, already stained by a bribery scandal. And they are a humbling example for the Communist Party news outlets and state television, whose blinkered coverage of rescued babies only belatedly gave way to careful reports on the public’s discontent.

While the blogs have exposed wrongdoers and broken news before, this week’s performance may signal the arrival of weibos as a social force to be reckoned with, even in the face of government efforts to rein in the Internet’s influence.

The government censors assigned to monitor public opinion have let most, though hardly all of the weibo posts stream onto the Web unimpeded. But many experts say they are riding a tiger. For the very nature of weibo posts, which spread faster than censors can react, makes weibos beyond easy control. And their mushrooming popularity makes controlling them a delicate matter.

As state television devoted Saturday evening to reports of mass murder in Norway, Sina Weibo weighed in four minutes after the train accident with a post from the crash scene, by a passenger reporting a power blackout and “two strong collisions.” Nine minutes later, another passenger posted a call for help, reposted 100,000 times: “Children are crying all over the train car! Not a single attendant here!” Two hours later, a call for blood quickly clogged local hospitals with donors.

Then the reaction began to pour in. “Such a major accident, how could it be attributed to weather and technical reasons?” blogged Cai Qi, a senior Zhejiang Province official. “Who should take the responsibility? The railway department should think hard in this time of pain and learn a good lesson from this.”

From a Hubei Province blogger: “I just watched the news on the train crash in Wenzhou, but I feel like I still don’t even know what happened. Nothing is reliable anymore. I feel like I can’t even believe the weather forecast. Is there anything that we can still trust?”

There is no clearer sign of the rising influence of microblogs than their impact on government itself.

Last weekend, Wenzhou bureaucrats ordered local lawyers not to accept cases from families of victims without their permission. After weibos exposed them, they withdrew the order and apologized.

Railway workers had quickly buried the first car of the oncoming train at the site of the accident. On Monday, after an online outcry charging a cover-up, they unearthed it and took it to Wenzhou for analysis. China Daily, the state-controlled English-language newspaper, noted that they had met the request of “many netizens.”

“I call it the microblogging revolution,” Zhan Jiang, a professor of international journalism and communications at Beijing Foreign Studies University, said in an interview on Thursday. “In the last year, microbloggers, especially Sina and Tencent, have played more and more a major role in coverage, especially breaking news.”

The few newspapers and magazines here that consistently push back at censors with investigative journalism are not just printing the results of their digging into the train wreck, but posting them on weibos for millions to see. So were hundreds of more traditional state-controlled news outlets.

In some ways, the Chinese weibos replicate their Western counterparts: they limit posts to 140 characters (though in Chinese, where many characters are words by themselves, much more can be said). Posts can be re-tweeted, too, although in China, tweeting is called knitting, because the word “weibo” sounds like the word for scarf.

There are also differences. Bloggers can comment on others’ posts, turning a message into a conversation. Users also can include photographs and other files with their posts, to telling effect: on Thursday, fact-checking bloggers posted photos of Prime Minister Wen Jiabao’s recent official activities to counter his assertion at a Wenzhou news conference that illness had kept him from visiting the disaster site earlier.

While Western social networks like Twitter and Facebook are blocked here, their Chinese counterparts thrive, largely because their owners consent to government monitoring and censorship — and perhaps because the government fears the reaction should it shut them down. The outpouring over the rail tragedy appears to have enjoyed at least some official approval; many analysts believe the government sees microblogs as a virtual steam valve through which citizens can safely vent complaints.

If needed, the weibos have literally dozens of electronic levers they can press to dilute, hide or delete offending posts, according to one Tencent Web editor who spoke on condition of anonymity for fear of dismissal in disclosing that information. Yet the weibos also play cat and mouse with the censors.

“If we did not have any free speech then this company would not have any influence, so the company must act proactively to safeguard our space,” he said. “So that’s why they must go through this process of bargaining with the government departments.”

And even dedicated censors find the weibos hard to restrain. Government minders can electronically delete posts with offending keywords like “human rights” and “protest.” But like Twitter, the ability to instantly forward posts to dozens of fellow users means that messages can spread, well before censorship orders can be implemented.

And there are always screenshots to preserve posts that are deleted, such as this one by Ge You, one of China’s most distinguished actors:

I am a wanderer and a wonderer, like you are. I love our journey and to walk in the company of friends – to learn, experience, share, laugh, cry and above all I simply love this marvelous, magical, mysterious life. I have no plan (cannot believe I am saying this) and my only intention is to be truthful to myself and others.
View all posts by Michaela →
This entry was posted in The world we live in Now and tagged Democracy, Journalism, social media, Twitter. Bookmark the permalink.

3 Responses to The news of public discontent