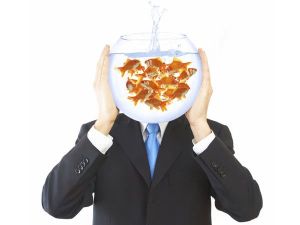 If you were shocked by Friday’s job report, if you thought we were doing well and were taken aback by the bad news, you haven’t been paying attention. The fact is, the United States economy has been stuck in a rut for a year and a half.

Yet a destructive passivity has overtaken our discourse. Turn on your TV and you’ll see some self-satisfied pundit declaring that nothing much can be done about the economy’s short-run problems (reminder: this “short run” is now in its fourth year), that we should focus on the long run instead.

This gets things exactly wrong. The truth is that creating jobs in a depressed economy is something government could and should be doing. Yes, there are huge political obstacles to action — notably, the fact that the House is controlled by a party that benefits from the economy’s weakness. But political gridlock should not be conflated with economic reality.

Our failure to create jobs is a choice, not a necessity — a choice rationalized by an ever-shifting set of excuses.

Excuse No. 1: Just around the corner, there’s a rainbow in the sky.

Remember “green shoots”? Remember the “summer of recovery”? Policy makers keep declaring that the economy is on the mend — and Lucy keeps snatching the football away. Yet these delusions of recovery have been an excuse for doing nothing as the jobs crisis festers.

Excuse No. 2: Fear the bond market.

Two years ago The Wall Street Journal declared that interest rates on United States debt would soon soar unless Washington stopped trying to fight the economic slump. Ever since, warnings about the imminent attack of the “bond vigilantes” have been used to attack any spending on job creation.

But basic economics said that rates would stay low as long as the economy was depressed — and basic economics was right. The interest rate on 10-year bonds was 3.7 percent when The Wall Street Journal issued that warning; at the end of last week it was 3.03 percent.

How have the usual suspects responded? By inventing their own reality. Last week, Representative Paul Ryan, the man behind the G.O.P. plan to dismantle Medicare, declared that we must slash government spending to “take pressure off the interest rates” — the same pressure, I suppose, that has pushed those rates to near-record lows.

Unemployment soared during the financial crisis and its aftermath. So it seems bizarre to argue that the real problem lies with the workers — that the millions of Americans who were working four years ago but aren’t working now somehow lack the skills the economy needs.

Yet that’s what you hear from many pundits these days: high unemployment is “structural,” they say, and requires long-term solutions (which means, in practice, doing nothing).

Well, if there really was a mismatch between the workers we have and the workers we need, workers who do have the right skills, and are therefore able to find jobs, should be getting big wage increases. They aren’t. In fact, average wages actually fell last month.

Excuse No. 4: We tried to stimulate the economy, and it didn’t work.

Everybody knows that President Obama tried to stimulate the economy with a huge increase in government spending, and that it didn’t work. But what everyone knows is wrong.

Think about it: Where are the big public works projects? Where are the armies of government workers? There are actually half a million fewer government employees now than there were when Mr. Obama took office.

So what happened to the stimulus? Much of it consisted of tax cuts, not spending. Most of the rest consisted either of aid to distressed families or aid to hard-pressed state and local governments. This aid may have mitigated the slump, but it wasn’t the kind of job-creation program we could and should have had. This isn’t 20-20 hindsight: some of us warned from the beginning that tax cuts would be ineffective and that the proposed spending was woefully inadequate. And so it proved.

It’s also worth noting that in another area where government could make a big difference — help for troubled homeowners — almost nothing has been done. The Obama administration’s program of mortgage relief has gone nowhere: of $46 billion allotted to help families stay in their homes, less than $2 billion has actually been spent.

So let’s summarize: The economy isn’t fixing itself. Nor are there real obstacles to government action: both the bond vigilantes and structural unemployment exist only in the imaginations of pundits. And if stimulus seems to have failed, it’s because it was never actually tried.

Listening to what supposedly serious people say about the economy, you’d think the problem was “no, we can’t.” But the reality is “no, we won’t.” And every pundit who reinforces that destructive passivity is part of the problem.

I am a wanderer and a wonderer, like you are. I love our journey and to walk in the company of friends – to learn, experience, share, laugh, cry and above all I simply love this marvelous, magical, mysterious life. I have no plan (cannot believe I am saying this) and my only intention is to be truthful to myself and others.
View all posts by Michaela →
This entry was posted in The world we live in Now and tagged Barack Obama, Government spending, Job creation program, Obama administration, Paul Ryan, United States, United States public debt. Bookmark the permalink.