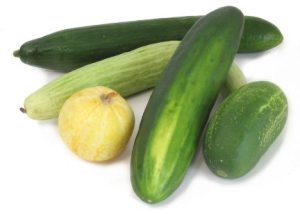 The deaths of 31 people in Europe from a little-known strain of E. coli have raised alarms worldwide, but we shouldn’t be surprised. Our food often betrays us.

Just a few days ago, a 2-year-old girl in Dryden, Va., died in a hospital after suffering bloody diarrhea linked to another strain of E. coli. Her brother was also hospitalized but survived.

Every year in the United States,325,000 people are hospitalizedbecause of food-borne illnesses and 5,000 die, according to the Centers for Disease Control and Prevention. That’s right: food kills one person every two hours.

Yet while the terrorist attacks of 2001 led us to transform the way we approach national security, the deaths of almost twice as many people annually have still not generated basic food-safety initiatives. We have an industrial farming system that is a marvel for producing cheap food, but its lobbyists block initiatives to make food safer.

Perhaps the most disgraceful aspect of our agricultural system — I say this as an Oregon farmboy who once raised sheep, cattle and hogs — is the way antibiotics are recklessly stuffed into healthy animals to make them grow faster.

The Food and Drug Administration reported recently that 80 percent of antibiotics in the United States go to livestock, not humans. And 90 percent of the livestock antibiotics are administered in their food or water, typically to healthy animals to keep them from getting sick when they are confined in squalid and crowded conditions.

The single state of North Carolina uses more antibiotics for livestock than the entire United States uses for humans.

This cavalier use of low-level antibiotics creates a perfect breeding ground for antibiotic-resistant pathogens. The upshot is that ailments can become pretty much untreatable.

The Infectious Diseases Society of America, a professional organization of doctors, cites the case of Josh Nahum, a 27-year-old skydiving instructor in Colorado. He developed a fever from bacteria that would not respond to medication. The infection spread and caused tremendous pressure in his skull.

Some of his brain was pushed into his spinal column, paralyzing him. He became a quadriplegic depending on a ventilator to breathe. Then, a couple of weeks later, he died.

There’s no reason to link Nahum’s case specifically to agricultural overuse, for antibiotic resistance has multiple causes that are difficult to unravel. Doctors overprescribe them. Patients misuse them. But looking at numbers, by far the biggest element of overuse is agriculture.

We would never think of trying to keep our children healthy by adding antibiotics to school water fountains, because we know this would breed antibiotic-resistant bacteria. It’s unconscionable that Big Ag does something similar for livestock.

Louise Slaughter, the only microbiologist in the United States House of Representatives, has been fighting a lonely battle to curb this practice — but industrial agricultural interests have always blocked her legislation.

“These statistics tell the tale of an industry that is rampantly misusing antibiotics in an attempt to cover up filthy, unsanitary living conditions among animals,” Slaughter said. “As they feed antibiotics to animals to keep them healthy, they are making our families sicker by spreading these deadly strains of bacteria.”

Vegetarians may think that they’re immune, but they’re not. E. coli originates in animals but can spill into water used to irrigate vegetables, contaminating them. The European E. coli outbreak apparently arose from bean sprouts grown on an organic farm in Germany.

One of the most common antibiotic-resistant pathogens is MRSA, which now kills more Americans annually than AIDS and adds hugely to America’s medical costs. MRSA has many variants, and one of the more benign forms now is widespread in hog barns and among people who deal with hogs. An article this year in a journal called Applied and Environmental Microbiology reported that MRSA was found in 70 percent of hogs on one farm.

Another scholarly journal reported that MRSA was found in 45 percent of employeesworking at hog farms. And the Centers for Disease Control reported this April that this strain of bacteria has now been found in a worker at a day care center in Iowa.

Other countries are moving to ban the feeding of antibiotics to livestock. But in the United States, the agribusiness lobby still has a hold on Congress.

The European outbreak should shake people up. “It points to the whole broken system,” notes Robert Martin of the Pew Environment Group.

We need more comprehensive inspections in the food system, more testing for additional strains of E. coli, and more public education (always wash your hands after touching raw meat, and don’t use the same cutting board for meat and vegetables). A great place to start reforms would be by banning the feeding of antibiotics to healthy livestock.

A version of this op-ed appeared in print on June 12, 2011, on page WK10 of the New York edition with the headline: When Food Kills.

I am a wanderer and a wonderer, like you are. I love our journey and to walk in the company of friends – to learn, experience, share, laugh, cry and above all I simply love this marvelous, magical, mysterious life. I have no plan (cannot believe I am saying this) and my only intention is to be truthful to myself and others.
View all posts by Michaela →
This entry was posted in The world we live in Now and tagged Antibiotic resistance, Food, Safety. Bookmark the permalink.

1 Response to When Food Kills