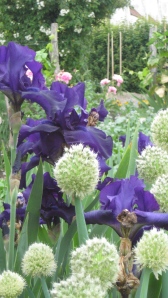 The spiritual path is inherently about letting go of desires and wants of any kind That which I think will make me happy – but even more so of that which prevents me from being fulfilled right now.

Adyashanti: The Falling Away of Personal Will

Eckhart Tolle:  Is There Such a Thing as Free Will ?

I am a wanderer and a wonderer, like you are. I love our journey and to walk in the company of friends – to learn, experience, share, laugh, cry and above all I simply love this marvelous, magical, mysterious life. I have no plan (cannot believe I am saying this) and my only intention is to be truthful to myself and others.
View all posts by Michaela →
This entry was posted in Teacher & Teachings. Bookmark the permalink.

5 Responses to Will & Wants