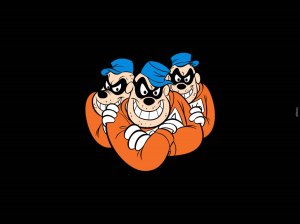 This is an article about the alarming incidence of business corruption at the highest levels. And we are not talking about poor third world countries – this is about advanced economies with “good governance”. But it is all in the open, nobody can claim they do not know about the detrimental entanglement between  large corporations and governments – and the media. Open your eyes and understand how everyone of us is enabling the fraud that is happening each day.

The world is drowning in corporate fraud, and the problems are probably greatest in rich countries – those with supposedly “good governance”.

Poor-country governments probably accept more bribes and commit more offenses, but it is rich countries that host the global companies that carry out the largest offenses. Money talks, and it is corrupting politics and markets all over the world.

Hardly a day passes without a new story of malfeasance. Every Wall Street firm has paid significant fines during the past decade for phony accounting, insider trading, securities fraud, Ponzi schemes, or outright embezzlement by CEOs. A massive insider-trading ring is currently on trial in New York, and has implicated some leading financial-industry figures. And it follows a series of fines paid by America’s biggest investment banks to settle charges of various securities violations.

There is, however, scant accountability. Two years after the biggest financial crisis in history, which was fueled by unscrupulous behaviour by the biggest banks on Wall Street, not a single financial leader has faced jail. When companies are fined for malfeasance, their shareholders, not their CEOs and managers, pay the price. The fines are always a tiny fraction of the ill-gotten gains, implying to Wall Street that corrupt practises have a solid rate of return. Even today, the banking lobby runs roughshod over regulators and politicians.

Corruption pays in American politics as well. The current governor of Florida, Rick Scott, was CEO of a major health-care company known as Columbia/HCA. The company was charged with defrauding the United States government by over billing for reimbursement, and eventually pled guilty to 14 felonies, paying a fine of $1.7bn.

The FBI’s investigation forced Scott out of his job. But, a decade after the company’s guilty pleas, Scott is back, this time as a “free-market” Republican politician.

When Barack Obama wanted somebody to help with the bailout of the US automobile industry, he turned to a Wall Street “fixer,” Steven Rattner, even though Obama knew that Rattner was under investigation for giving kickbacks to government officials. After Rattner finished his work at the White House, he settled the case with a fine of a few million dollars.

But why stop at governors or presidential advisers? Former Vice President Dick Cheney came to the White House after serving as CEO of Halliburton. During his tenure at Halliburton, the firm engaged in illegal bribery of Nigerian officials to enable the company to win access to that country’s oil fields – access worth billions of dollars. When Nigeria’s government charged Halliburton with bribery, the company settled the case out of court, paying a fine of $35m. Of course, there were no consequences whatsoever for Cheney. The news barely made a ripple in the US media.

Impunity is widespread – indeed, most corporate crimes go un-noticed. The few that are noticed typically end with a slap on the wrist, with the company – meaning its shareholders – picking up a modest fine. The real culprits at the top of these companies rarely need to worry. Even when firms pay mega-fines, their CEOs remain. The shareholders are so dispersed and powerless that they exercise little control over the management.

The explosion of corruption – in the US, Europe, China, India, Africa, Brazil, and beyond – raises a host of challenging questions about its causes, and about how to control it now that it has reached epidemic proportions.

Second, companies are the major funders of political campaigns in places like the US, while politicians themselves are often part owners, or at least the silent beneficiaries of corporate profits. Roughly one-half of US Congressmen are millionaires, and many have close ties to companies even before they arrive in Congress.

As a result, politicians often look the other way when corporate behaviour crosses the line. Even if governments try to enforce the law, companies have armies of lawyers to run circles around them. The result is a culture of impunity, based on the well-proven expectation that corporate crime pays.

Given the close connections of wealth and power with the law, reining in corporate crime will be an enormous struggle. Fortunately, the rapid and pervasive flow of information nowadays could act as a kind of deterrent or disinfectant. Corruption thrives in the dark, yet more information than ever comes to light via email and blogs, as well as Facebook, Twitter, and other social networks.

Moreover, we will need to light the dark corners of international finance, especially tax havens like the Cayman Islands and secretive Swiss banks. Tax evasion, kickbacks, illegal payments, bribes, and other illegal transactions flow through these accounts. The wealth, power, and illegality enabled by this hidden system are now so vast as to threaten the global economy’s legitimacy, especially at a time of unprecedented income inequality and large budget deficits, owing to governments’ inability politically – and sometimes even operationally – to impose taxes on the wealthy.

So the next time you hear about a corruption scandal in Africa or other poor region, ask where it started and who is doing the corrupting. Neither the US nor any other “advanced” country should be pointing the finger at poor countries, for it is often the most powerful global companies that have created the problem.

Jeffrey D. Sachs is Professor of Economics and Director of the Earth Institute at Columbia University. He is also Special Adviser to United Nations Secretary-General on the Millennium Development Goals.

The article was first published by Project Syndicate.

I am a wanderer and a wonderer, like you are. I love our journey and to walk in the company of friends – to learn, experience, share, laugh, cry and above all I simply love this marvelous, magical, mysterious life. I have no plan (cannot believe I am saying this) and my only intention is to be truthful to myself and others.
View all posts by Michaela →
This entry was posted in The world we live in Now and tagged Business and Economy, Corruption, Living Truth. Bookmark the permalink.