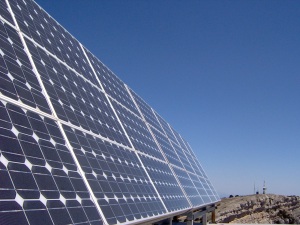 From revolution to Enlightenment
By Dan Hind

Scientific enquiry and politics have always been bound together. The birth of a recognisably modern scientific establishment in Britain coincided with the end of absolute monarchy. An oligarchy of landed and learned gentlemen oversaw the creation of the Royal Society in 1660.

The origins of this institution lay in the secretive world of magical research and court politics. But its founders now aspired to work for the good of all mankind in a spirit of fellowship, and they used the open surveillance of peer review to enforce honesty. These men identified with the state – indeed they saw it as their ally in the great work of human progress, but they no longer risked torture or exile if their work offended an all-powerful monarch.

Over time, the system created in the seventeenth century opened its ranks to talent from all over the world. Women and men without property can now become scientists, a development that would have astonished many of the first members of the Royal Society. But in important respects science still belongs to a pre-democratic age. Scientific experts collaborate with their patrons in the state and other powerful institutions to determine what is researched. Once the objectives have been set, the institutions of science are left to get on with it. This is the autonomy permitted to science. The public is kept at a distance by the mystique of technical complexity. Science in the West has not yet escaped its origins as successful magic, even if the white coat has replaced the wizard’s robes.

Since the Second World War, the US state and its corporate sector have been vastly generous patrons of science. As I noted in my last piece, science has been shaped by their desire for new weapons and marketable goods. Science has been subordinated to organised violence and the orchestration of human desire. The results are all around us, in the technology of satellite surveillance and drone attacks as much as in the proliferation of entertainment online. As Harvey Brooks, one of the architects of the US system of science once remarked, the two per cent of GDP the US government spends on science has a “disproportionate social leverage, since the whole thrust of the economy is determined by scientific and technical research”. If you are wondering why US companies dominate the internet, the answer is to be found in patterns of state investment.

There are signs that the West’s system of science is silting up. The focus on military and commercial applications for science has drawn highly trained experts into fields that generate private profits but do nothing to enhance the public good. Brilliant medical researchers become engrossed in the search for patentable treatments for the diseases of affluence. Drugs that are scarcely more effective than placebos generate billion dollar revenues.

The sales promotions for these drugs infiltrate plausible myths into scientific discourse. The best mathematicians in the world design software that gives banks a minute speculative edge over their rivals. Or worse, they concoct risk models that give reckless fantasy the appearance of sober calculation. Engineers spend their careers trying to develop must-have gadgets. Decades of investment culminate in a frenzy of manufactured excitement for the latest smart phone or mp3 player.

I would like to believe that science in Europe and the United States can reform itself and open up decisions about its objectives to a wider public. Money that comes from taxpayers is currently being used to subsidise research that only occasionally and accidentally delivers public benefits. There is no longer any justification for denying the population at large a say in the objectives of science.

But the political changes in the Middle East hold out more hope of radical change – and rapid progress – in the conduct of science. The region has been held back from achieving its full scientific and technical potential in recent times by a number of factors – political tyranny above all. And while there are some that now want to integrate science in Egypt and elsewhere with the demands of the globalised economy, the opportunity now exists to do far more. Open debate about the objectives of publicly funded science can establish programs of research that contribute to the general welfare more surely and more swiftly than the West’s preoccupation with gadgets and gunnery.

Any attempt to chart a new course for the Middle East will have to take account of science’s power to determine ‘the whole thrust of the economy’. Research doesn’t have to serve the interests of global corporations. It can be used instead to generate public goods, on the basis of democratic debate. It isn’t for me to decide what a democratic science would concentrate on. But we have clear and pressing needs. We need plentiful and healthy food. We need secure and affordable houses. We need medicines that work, and schools and hospitals that serve the needs of their communities.

Above all, we need abundant and safe energy – energy that is effectively free and collectively owned. At the moment we have the opposite – energy that is expensive and controlled by a relative handful of people. By subjecting scientific research to democratic control we could change that, and quickly. Indeed, only a democratically directed science can achieve the rapid breakthroughs that are necessary if we are to feed, shelter and employ a growing global population.

We might want to start by considering the potential of the sun. Why not make Egypt the world centre of research into solar technology? We know that renewables – above all, solar – can meet the bulk of the world’s energy needs. If a free people resolved to make energy free, by harnessing the sun, then that would be an Enlightenment worthy of the name.

Dan Hind has worked in publishing since 1998 and is the author of two acclaimed books: The Return of the Public and The Threat to Reason. He is this year’s winner of the Bristol Festival of Ideas Prize.

I am a wanderer and a wonderer, like you are. I love our journey and to walk in the company of friends – to learn, experience, share, laugh, cry and above all I simply love this marvelous, magical, mysterious life. I have no plan (cannot believe I am saying this) and my only intention is to be truthful to myself and others.
View all posts by Michaela →
This entry was posted in The world we live in Now and tagged Energy, Middle East, Science. Bookmark the permalink.

1 Response to Science and democracy