A day in September 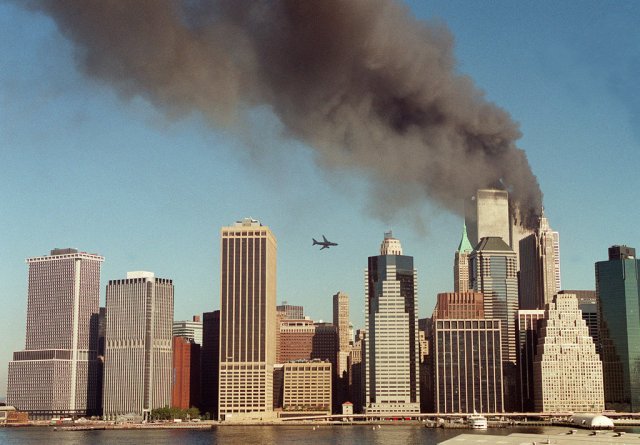 It was a beautiful day in early September. Blue, translucent sky and crisp air.

I was on my way to a meeting and I had to walk to another building across the compound. That was when I first heard the news: ” There was an explosion at the World Trade Centre in New York”. As I reached the lobby, someone had switched on the TV and we all watched in disbelief the destruction and smoke that was coming from the tower.

In that moment my mobile phone rang.

The evening before I had decided to change plans and cancel a trip to New York. My friend and co-worker went in my place and she became a witness watching  the events from Mercer Street, maybe a mile away from the towers. I was on the phone with her as the second plane hit and later as the towers fell.

We were busy over the next 3 or 4 days trying to get her out of the city. In the end she took a cab and crossed over Washington Bridge into Jersey and drove all the way up to Chicago in a rental car.

When the weekend came, we all had changed forever.

A couple of years later  I lived in Manhattan myself. One day a friend called me to tell me that a sports plane had crashed into a building not far from my neighborhood. I will never forget the ash-grey faces of the people who went by. It was like a nightmare had returned, even though it was just an accident and the fire was soon under control.

Then I knew that Manhattan had suffered a trauma no-one could ever forget.

8 Responses to A day in September