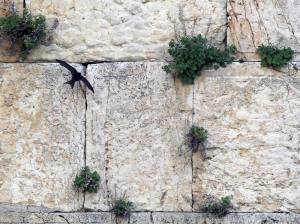 I’ve never been more worried about Israel’s future. The crumbling of key pillars of Israel’s security — the peace with Egypt, the stability of Syria and the friendship of Turkey and Jordan — coupled with the most diplomatically inept and strategically incompetent government in Israel’s history have put Israel in a very dangerous situation.

This has also left the U.S. government fed up with Israel’s leadership but a hostage to its ineptitude, because the powerful pro-Israel lobby in an election season can force the administration to defend Israel at the U.N., even when it knows Israel is pursuing policies not in its own interest or America’s.

Israel is not responsible for the toppling of President Hosni Mubarak of Egypt or for the uprising in Syria or for Turkey’s decision to seek regional leadership by cynically trashing Israel or for the fracturing of the Palestinian national movement between the West Bank and Gaza. What Israel’s prime minister, Bibi Netanyahu, is responsible for is failing to put forth a strategy to respond to all of these in a way that protects Israel’s long-term interests.

O.K., Mr. Netanyahu has a strategy: Do nothing vis-à-vis the Palestinians or Turkey that will require him to go against his base, compromise his ideology or antagonize his key coalition partner, Foreign Minister Avigdor Lieberman, an extreme right-winger. Then, call on the U.S. to stop Iran’s nuclear program and help Israel out of every pickle, but make sure that President Obama can’t ask for anything in return — like halting Israeli settlements — by mobilizing Republicans in Congress to box in Obama and by encouraging Jewish leaders to suggest that Obama is hostile to Israel and is losing the Jewish vote. And meanwhile, get the Israel lobby to hammer anyone in the administration or Congress who says aloud that maybe Bibi has made some mistakes, not just Barack. There, who says Mr. Netanyahu doesn’t have a strategy?

“The years-long diplomatic effort to integrate Israel as an accepted neighbor in the Middle East collapsed this week, with the expulsion of the Israeli ambassadors from Ankara and Cairo, and the rushed evacuation of the embassy staff from Amman,” wrote Haaretz newspaper’s Aluf Benn. “The region is spewing out the Jewish state, which is increasingly shutting itself off behind fortified walls, under a leadership that refuses any change, movement or reform … Netanyahu demonstrated utter passivity in the face of the dramatic changes in the region, and allowed his rivals to seize the initiative and set the agenda.”

What could Israel have done? The Palestinian Authority, which has made concrete strides in the past five years at building the institutions and security forces of a state in the West Bank — making life there quieter than ever for Israel — finally said to itself: “Our state-building has not prompted Israel to halt settlements or engage in steps to separate, so all we’re doing is sustaining Israel’s occupation. Let’s go to the U.N., get recognized as a state within the 1967 borders and fight Israel that way.” Once this was clear, Israel should have either put out its own peace plan or tried to shape the U.N. diplomacy with its own resolution that reaffirmed the right of both the Palestinian and the Jewish people to a state in historic Palestine and reignited negotiations.

Mr. Netanyahu did neither. Now the U.S. is scrambling to defuse the crisis, so the U.S. does not have to cast a U.N. veto on a Palestinian state, which could be disastrous in an Arab world increasingly moving toward more popular self-rule.

On Turkey, the Obama team and Mr. Netanyahu’s lawyers worked tirelessly these last two months to resolve the crisis stemming from the killing by Israeli commandos of Turkish civilians in the May 2010 Turkish aid flotilla that recklessly tried to land in Gaza. Turkey was demanding an apology. According to an exhaustive article about the talks by the Israeli columnist Nahum Barnea of the Yediot Aharonot newspaper, the two sides agreed that Israel would apologize only for “operational mistakes” and the Turks would agree to not raise legal claims. Bibi then undercut his own lawyers and rejected the deal, out of national pride and fear that Mr. Lieberman would use it against him. So Turkey threw out the Israeli ambassador.

As for Egypt, stability has left the building there and any new Egyptian government is going to be subjected to more populist pressures on Israel. Some of this is unavoidable, but why not have a strategy to minimize it by Israel putting a real peace map on the table?

I have great sympathy for Israel’s strategic dilemma and no illusions about its enemies. But Israel today is giving its friends — and President Obama’s one of them — nothing to defend it with. Israel can fight with everyone or it can choose not to surrender but to blunt these trends with a peace overture that fair-minded people would recognize as serious, and thereby reduce its isolation.

Unfortunately, Israel today does not have a leader or a cabinet for such subtle diplomacy. One can only hope that the Israeli people will recognize this before this government plunges Israel into deeper global isolation and drags America along with it.

I am a wanderer and a wonderer, like you are. I love our journey and to walk in the company of friends – to learn, experience, share, laugh, cry and above all I simply love this marvelous, magical, mysterious life. I have no plan (cannot believe I am saying this) and my only intention is to be truthful to myself and others.
View all posts by Michaela →
This entry was posted in Breaking the mould, The world we live in Now and tagged Barack Obama, Benjamin Netanyahu, Israel, Jews, Middle Esat, Palestinian people, Turkey, West Bank. Bookmark the permalink.